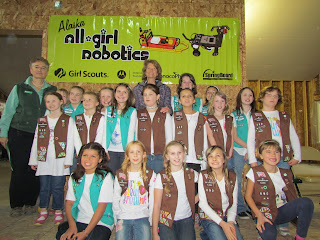 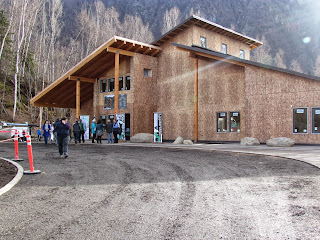 Saturday's celebration and tour launched the public phase of our capital campaign and accounted for more than 40 new donors. The primary structure on the Camp Singing Hills property was destroyed in 2009 by an act of arson. In 2010, project teams came together at Encampment to consult with girls, adult volunteers, and board members to determine the camp features and facilities that would best serve Alaska’s girls. 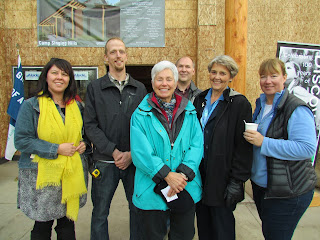 In 2011, the Alaska State Legislature appropriated $2.1 million to assist with Camp Singing Hills planning and development. With support from the State, and Sen. Murkowski as honorary chair, GSAK launched a $4 million capital campaign to rebuild Camp Singing Hills. In addition to the State of Alaska, we have received support from the Rasmuson Foundation, BP Alaska, ConocoPhillips Alaska, the Mat-Su Valley Health Foundation, and a host of community leaders.

The rebuild of Camp Singing Hills is due to be completed by the end of 2014.Once completed, we expect the camp to serve 2,000 unique girls, attract 4,500 in-person girl visits each year, and reach many more girls employing interactive technology.

A big thank you to all those who turned out for our Camp Singing Hills celebration and tour!