The highest achievement in Girl Scouting, the Girl Scout Gold Award challenges Girl Scout Seniors (grades 9-10) and Ambassadors (grades 11-12) to take action to improve their world. Girls who pursue the Gold Award aspire to transform an idea into an actionable plan with measurable, sustainable, and far-reaching results.

This year GSAK honored seven Girl Scouts who earned their Gold Award at a luncheon in their honor:


The event was held May 4 at the Dena’ina Center in Anchorage. 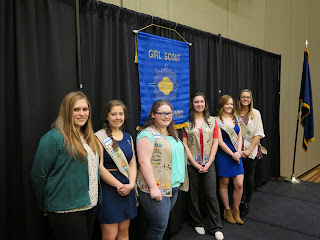 Nearly 400 attendees turned out for the event, which featured speeches from five of the Gold Award earners. Kharissa Chasse, an Ambassador Girl Scout with Palmer Troop 447, served as event emcee and presented the girls their Gold Awards.

“The Gold Award is the Girl Scouts’ highest honor, an impressive achievement reflecting tremendous dedication, personal drive, and hard work. I want to thank each and every one of you for all that you’ve done to make our great State of Alaska an even better place to live,” Senator Murkowski said. “Your commitment to your communities – from Wasilla to Anchorage to Ketchikan – is truly inspirational.”

Olympian Holly Brooks served as the luncheon keynote speaker. A Girl Scout while growing up in Washington State with a troop-leader mother, Holly has served as Girl Scouts of Alaska’s spokeswoman since 2013. 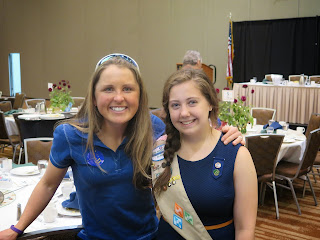 Holly talked about the important lessons she learned while participating in the Girl Scout Cookie Program such as courage, goal setting, dedication, and perseverance. Holly sold 1,000 boxes each cookie sale so she could earn enough cookie credits to attend summer camp.

Holly said those early lessons learned in Girl Scouts set her up for success in life. She also talked about what it takes to go “from idea to action, from dreaming to doing”: 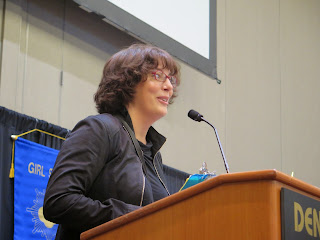 Though there was no charge for the luncheon, there was a suggested minimum donation of $100 and many donated more. In addition to our Gold and Bronze Sponsors, corporate donors included Alaska Commercial Company, BP Alaska, and Saltchuk Corp.

Donors who give to Girl Scouts of Alaska are investing in the next generation of female leaders. Their money supports Alaska's girls through a variety of pathways including troop membership, summer camp in 35 communities, Council events, and series such as our Girl Scout all-girl LEGO robotics teams. 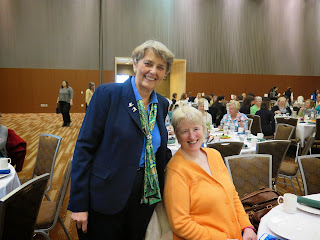 “Only five percent of eligible Girl Scouts earn Gold Awards. It is a prestigious award that speaks boldly of each recipient’s work ethic, maturity, and integrity,” GSAK CEO Sue Perles said. “We know that transformational leadership begins in girlhood, and Ariel, Emily, Jordan, Kathleen, Kelsey, Rachel, and Sharayah have demonstrated they have what it takes to excel, exceed, and lead now and throughout their lives.”

Congratulations to our 2015 Gold Award earners and thank you to all who turned out for our Young Women of Distinction luncheon!