With the goal of the promotion of gender equality and the empowerment of women, the 2015 United Nations Commission on the Status of Women drew women and girls from across the U.S. The event was held March 9-20 at UN Headquarters in New York City.

Four girls represented Girl Scouts of Alaska at the conference: 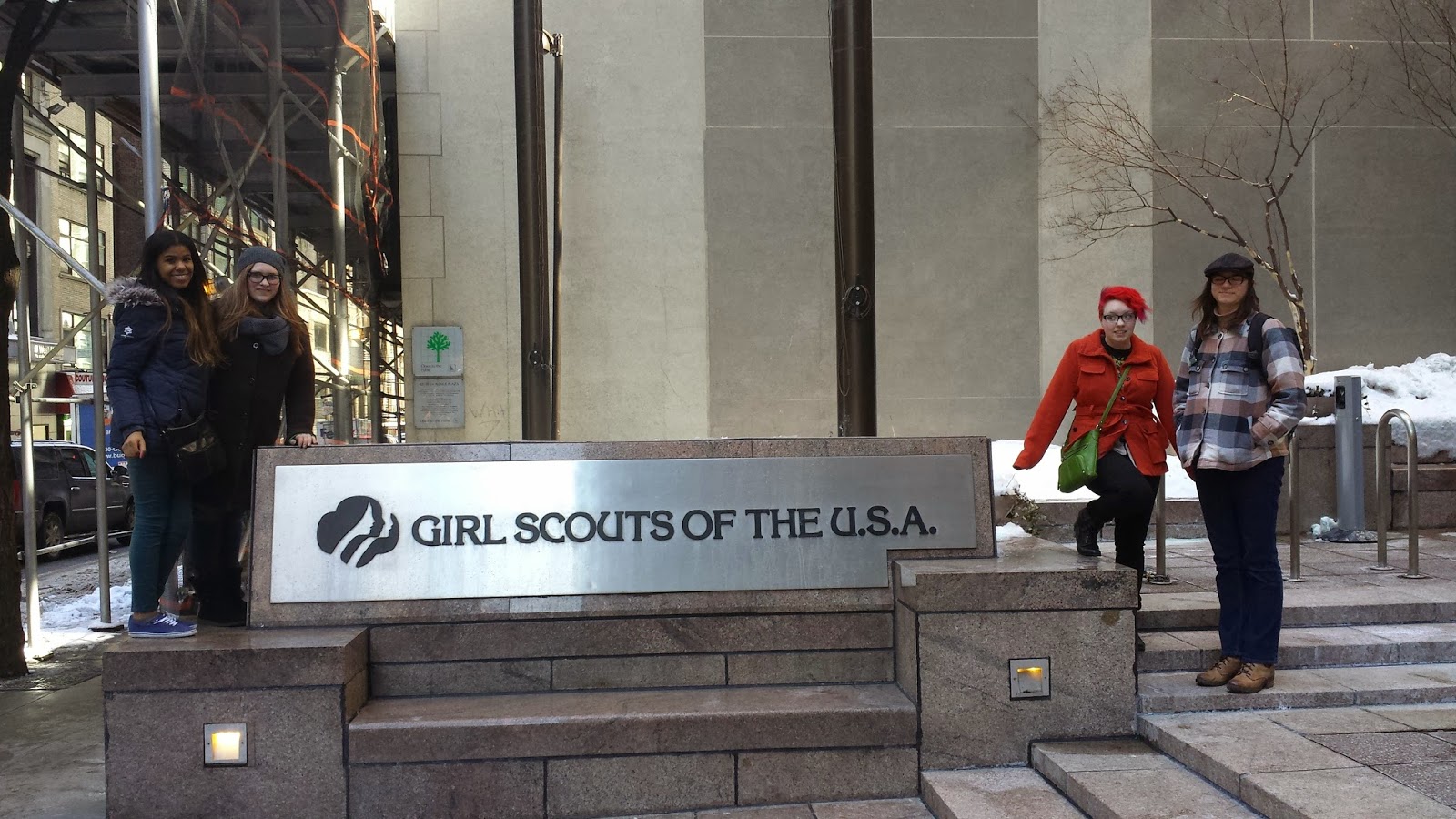 In 1995 the UN adopted the Beijing Declaration and Platform for Action, which addressed 12 critical areas of concern:


2015 marks the 20th anniversary of the Beijing Platform for Action. The main focus of this year's conference was the declaration, including current challenges that affect its implementation and the achievement of gender equality and the empowerment of women. 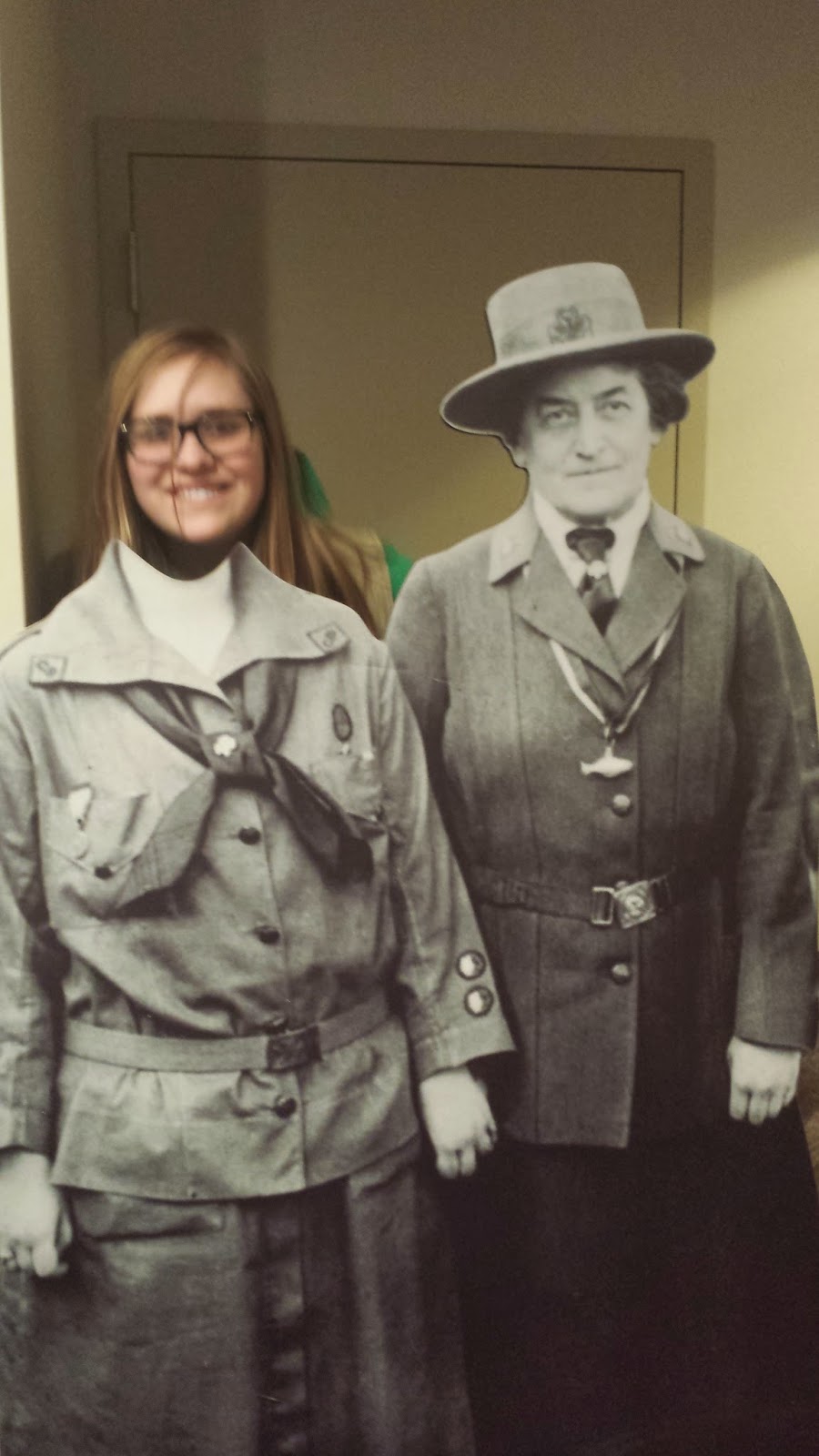 The rest of the trip was dedicated to the conference. A few of the many seminars the girls attended included “Changing the World, One Story at a Time,” “End Gender Discrimination Now!,” and “Where are the Girls? Promise and Progress in Gender Bias since Beijing.” 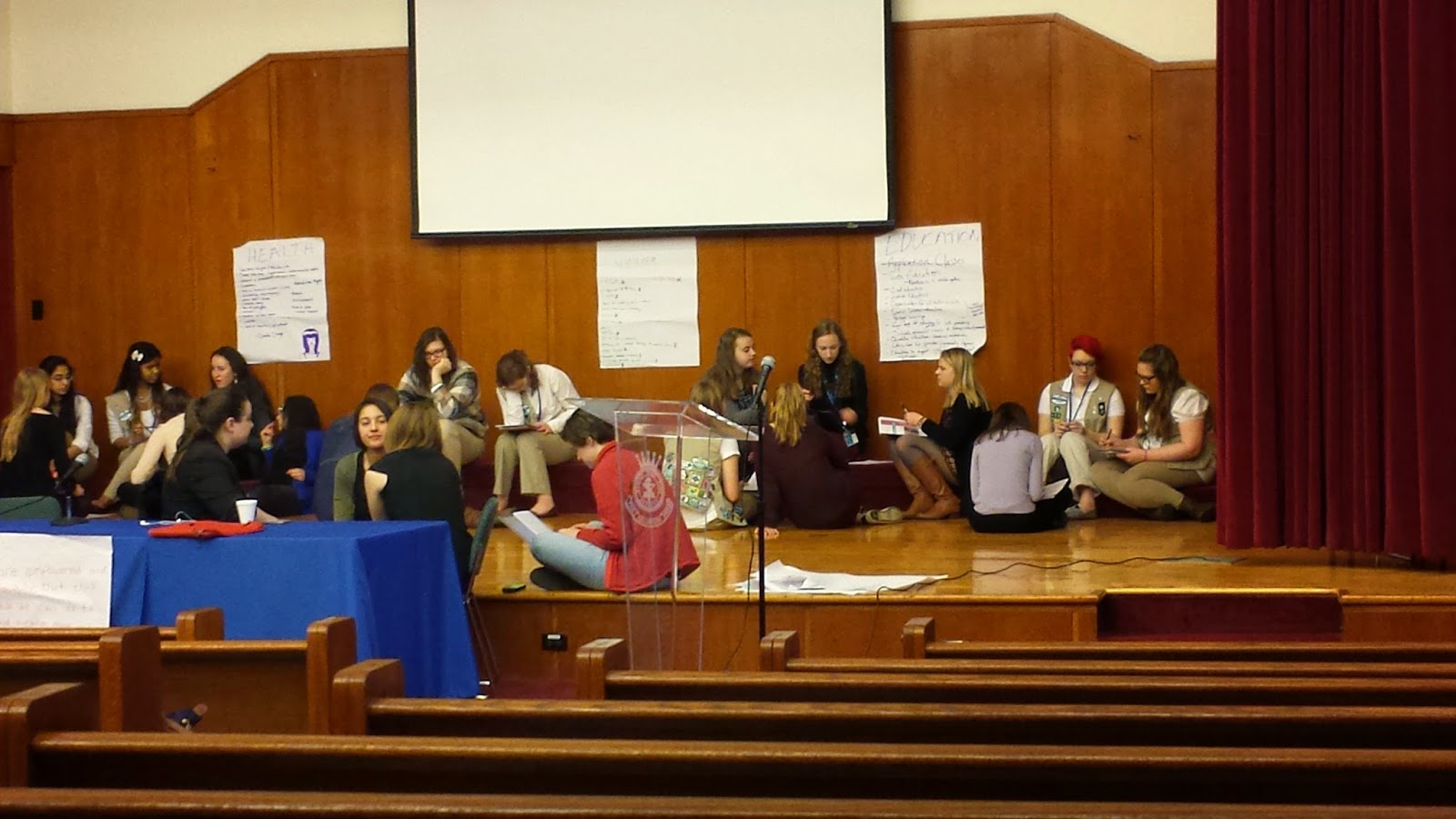 A highlight of the conference was “Planet 50-50 by 2030: Step It Up for Gender Equality,” an event with musical performances, high-powered speakers, and celebrities including former U.S. Secretary of State Hillary Clinton, Academy Award-winning actress Patricia Arquette, and global philanthropist Melinda Gates.

The girls participated in a march for equal rights that took them from the UN through Central Park and ended in Times Square; participated in workshops hosted by the Working Group on Girls, a coalition of more than 80 national and international non-governmental organizations dedicated to promoting the human rights of girls; and attended a speech given by Nobel Peace Prize recipient Leymah Gbowee, a Liberian peace and women's rights activist who spoke about her experiences growing up in war-ravaged Liberia, the issue of women in conflict situations, and her hopes for the future of all children. 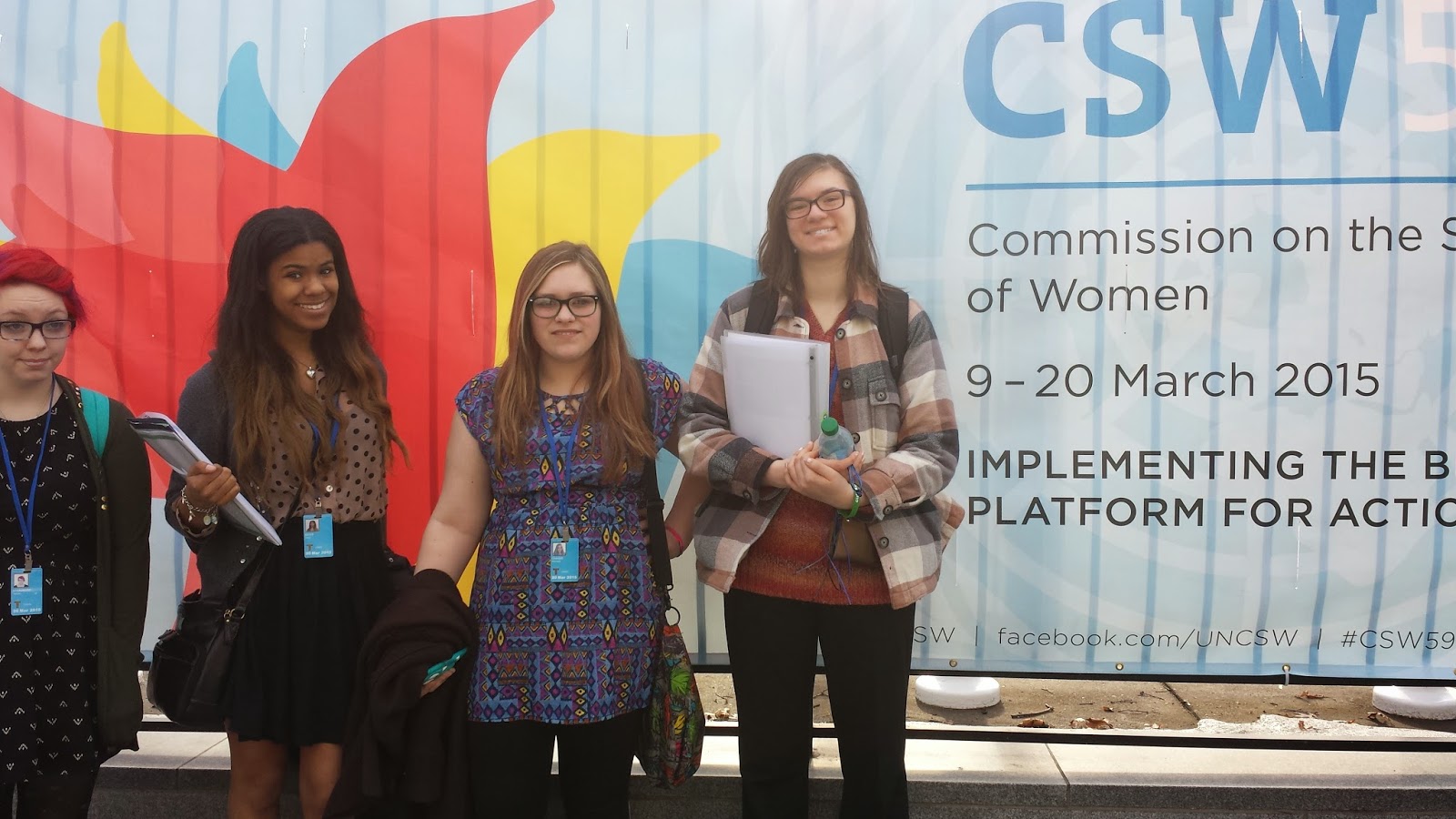 GSAK would like to thank Kharissa, Lacey, Tessah, and Roslyn for representing us at the 2015 UN Commission on the Status of Women. Awesome job, girls!