Girl Scouts of Alaska committed to STEM education for girls

Women are faring better, academically, than ever before. A study entitled Generation STEM: What Girls Say about Science, Technology, Engineering, and Math, released in 2012 by Girl Scouts of the USA, found that the majority of college graduates (57 percent) and master’s-level graduates (60 percent) are women, and nearly half (48 percent) of this country’s work force is comprised of women. However, there are some fields in which female representation has remained low. Within STEM fields, women are better represented in life sciences, chemistry, and mathematics; women are not well represented in engineering, computing, and physics. Women account for about only 20 percent of the bachelor’s degrees in engineering, computer science, and physics, and regardless of specific area of STEM, only about 25 percent of these positions are held by women.

“Boosting the number of women in STEM fields would expand our nation’s pool of workers, educators, and innovators for the future, bring a new dimension to the work, and potentially tackle problems that have been overlooked in the past,” said Sue Perles, CEO of Girl Scouts of Alaska.

GSAK is committed to offering affordable STEM education councilwide. Our unique programs include: 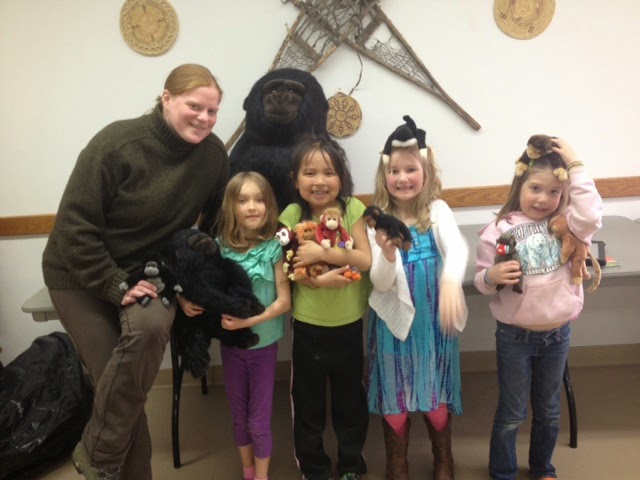 Girls learn about primatology (study of primates) at WSTD, Dillingham

WSTD events are open to all girls, regardless of Girl Scout membership. Depending on the community, girls pay either a nominal fee (no more than $9) or events are held free of charge.

Natural Resources Patch Roll-Out Events. Along with Alaska Resource Education (ARE), GSAK is in the process of launching four new Alaska natural resources patches: energy, minerals, forestry and natural resources. The energy patch was unveiled at a patch and pizza launch party, held March 29 in Anchorage. 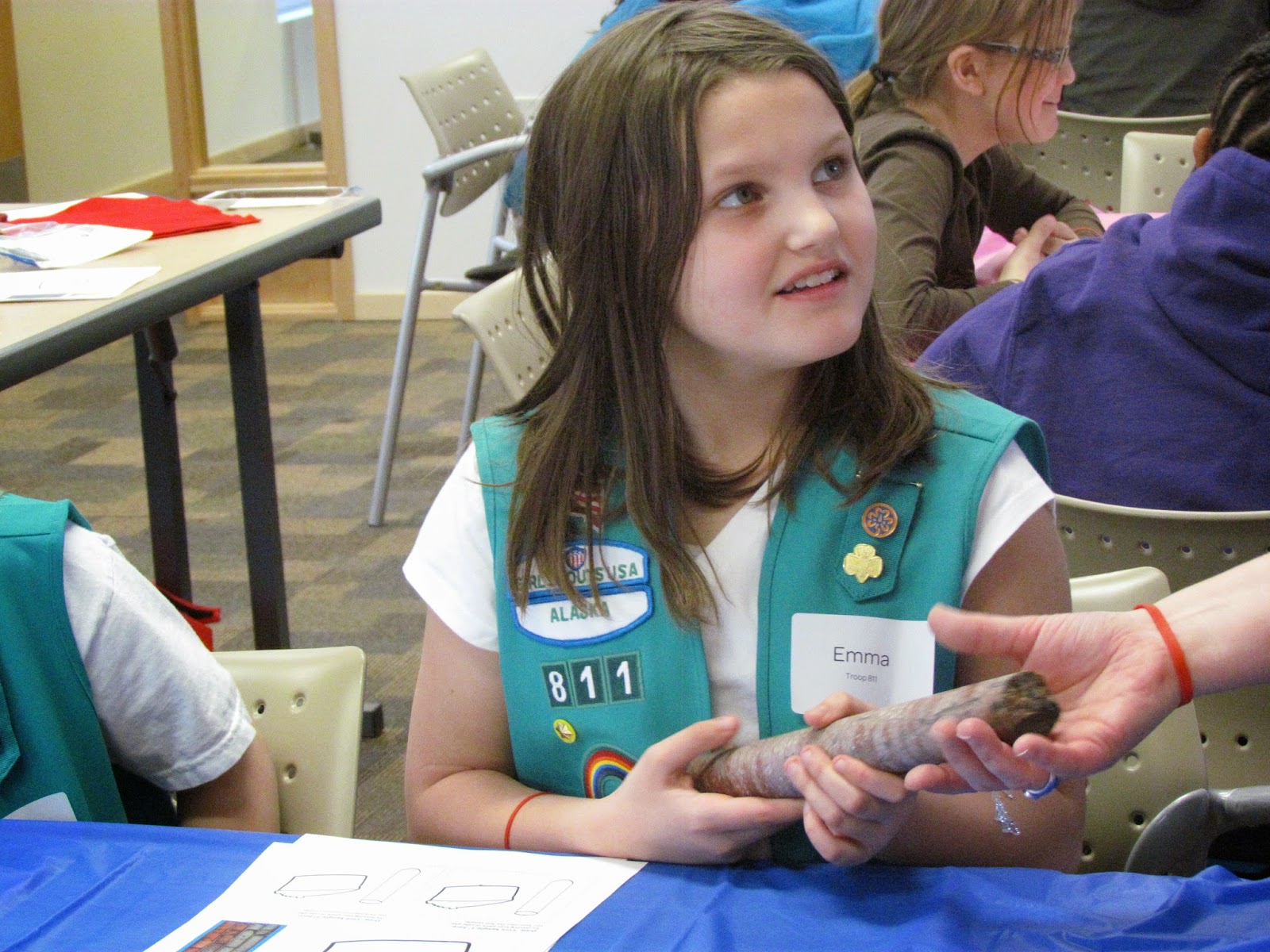 Approximately 100 girls attended the event, during which they participated in a "Layer Cake of the Earth" activity that taught them about the location of fossil fuel deposits beneath the earth's crust. Joe Balash, natural resources commissioner for the State of Alaska, served as keynote speaker. The girls also heard from state Rep. Eric Feige, co-chair of the Resources Committee, and Lynnette Sullivan, wife of Anchorage Mayor Dan Sullivan.

Thanks to the generosity of BP, Donlin Gold, USKH, and other industry partners, there was no cost for girls to attend the event and a free pizza lunch was provided. There are future patch roll-out events planned for later in the year in the communities of Bethel, Juneau, and Kenai. 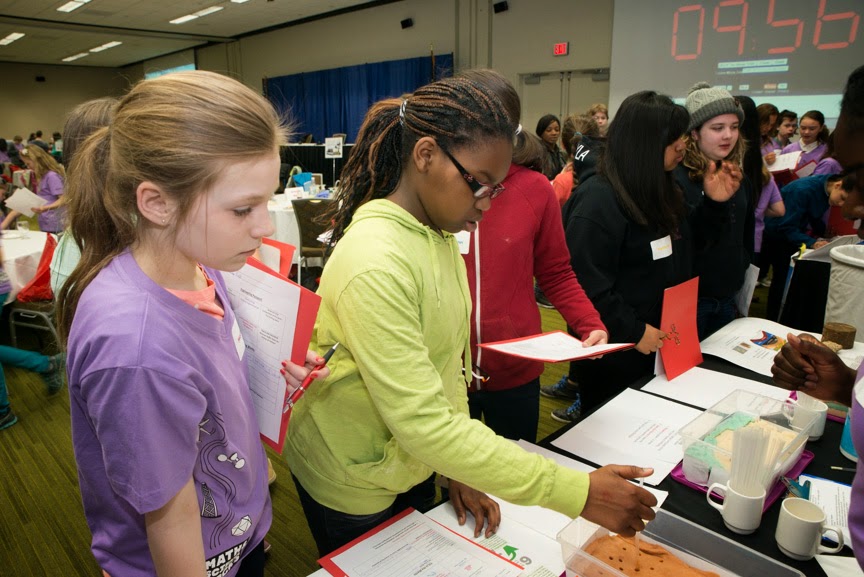 “Introduce a Girl to Engineering Day” was held April 26 in Anchorage. Nearly 90 girls turned out for the event. Thanks to the generous sponsorship of ExxonMobil Alaska, the event was held free of charge. All girls received breakfast and lunch, a t-shirt, and a goodie bag.

The FLL is a robotics program for 9- to 16-year-olds. Led by at least one adult coach, teams composed of up to ten youth design, build, and program an autonomous LEGO robot to score points on a thematic playing surface, creating an innovative solution to a problem as part of their project. GSAK had five all-girl LEGO robotics teams compete in the FFL state championship tournament: Disaster Dissolvers, Juneau; Electronically Overdressed Survivors, Anchorage; Glacier Girls, Anchorage; Junior Bots, Anchorage; and Obscure Natural Phenomenon Response Team, Juneau.

The Electronically Overdressed Survivors beat out more than 50 LEGO robotics teams to be crowned the overall state champion. The girls, led by coach Bruce Sexauer, earned the chance to compete at a national LEGO robotics tournament later this year. 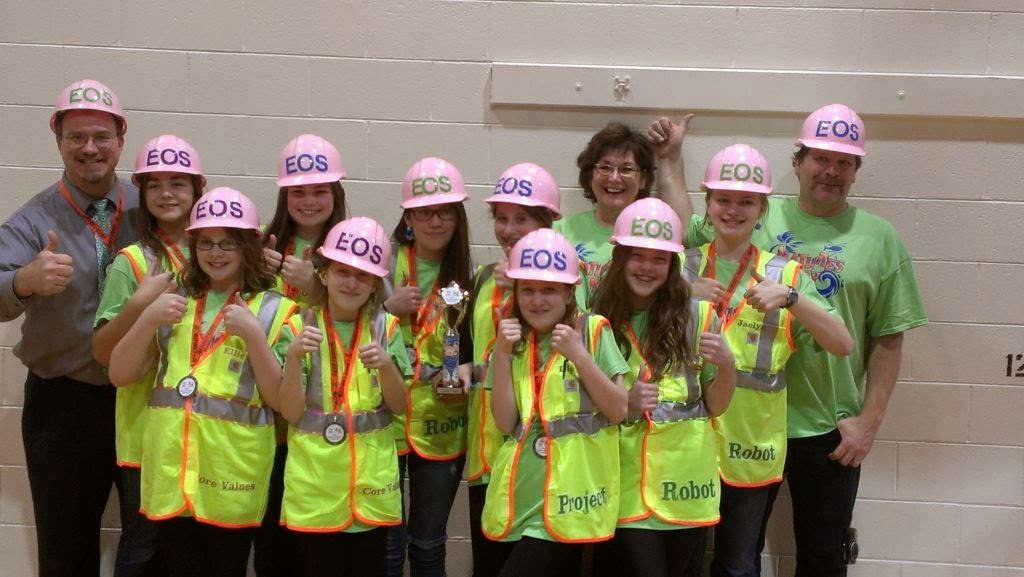 In addition to the robot matches (games), teams are evaluated on the three FFL elements: project, core values, and robot design. The Glacier Girls, led by coach Nikole Nelson, took home a trophy for scoring highest in the project category. This year’s theme was “Nature’s Fury,” which required teams to identify a community that could experience a natural disaster; identify a problem that happens when a natural disaster occurs; create an innovative solution that helps people prepare, stay safe, or rebuild; and share their problem and solution with others.

In addition to unique programs, GSAK is in the process of building a 6,500-square-foot lodge fully wired for interactive distance learning and STEM education at our Camp Singing Hills property in Chugiak. The lodge is due to be completed at the end of 2014. 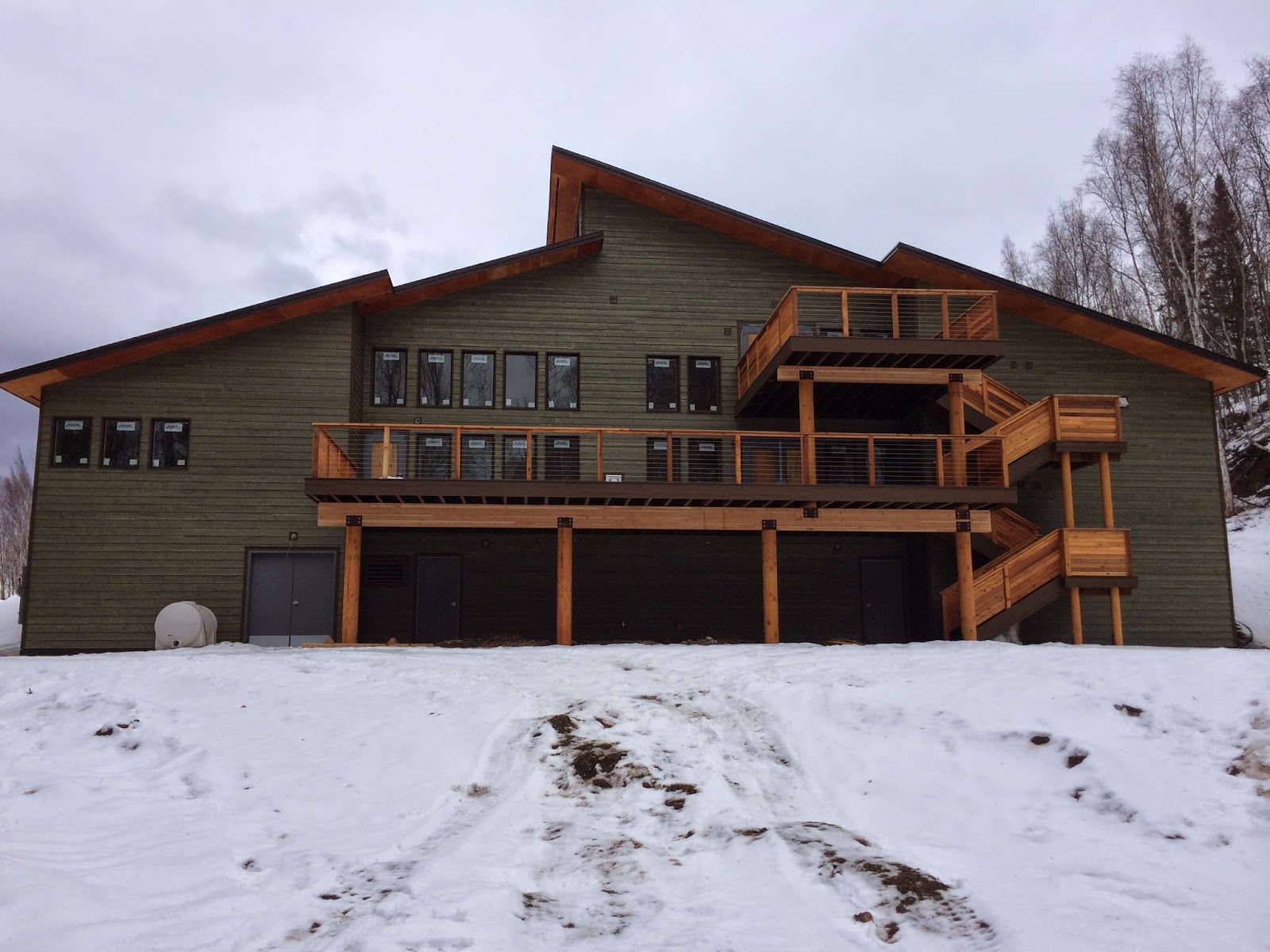 “Expertise in STEM fields promotes inventiveness, scientific discovery, and efficiency in the way things are done, while also opening up new job and economic opportunities,” Perles said. “Through program partnerships with organizations such as Alaska Resource Education, BP Alaska, ExxonMobil Alaska, the Alaska SeaLife Center, the University of Alaska and many more, GSAK is committed to providing STEM programming to girls through activities aimed at engaging and cultivating interest in STEM fields.”
Email Post