Most charitable nonprofits, including Girl Scouts of Alaska, rely on the generosity of corporate and individual donors for some or all of their funding. GSAK is fortunate to have many generous donors! Donors who give to Girl Scouts of Alaska are investing in the next generation of female leaders. Their money supports Alaska's girls through a variety of pathways including troop membership, summer camp in 35 communities, council events, and series such as our Girl Scout all-girl LEGO robotics teams.

The highest achievement in Girl Scouting, the Girl Scout Gold Award challenges Girl Scout Seniors (grades 9-10) and Ambassadors (grades 11-12) to improve their world. Girls who pursue the Gold Award aspire to transform an idea into an actionable plan with measurable, sustainable, and far-reaching results. 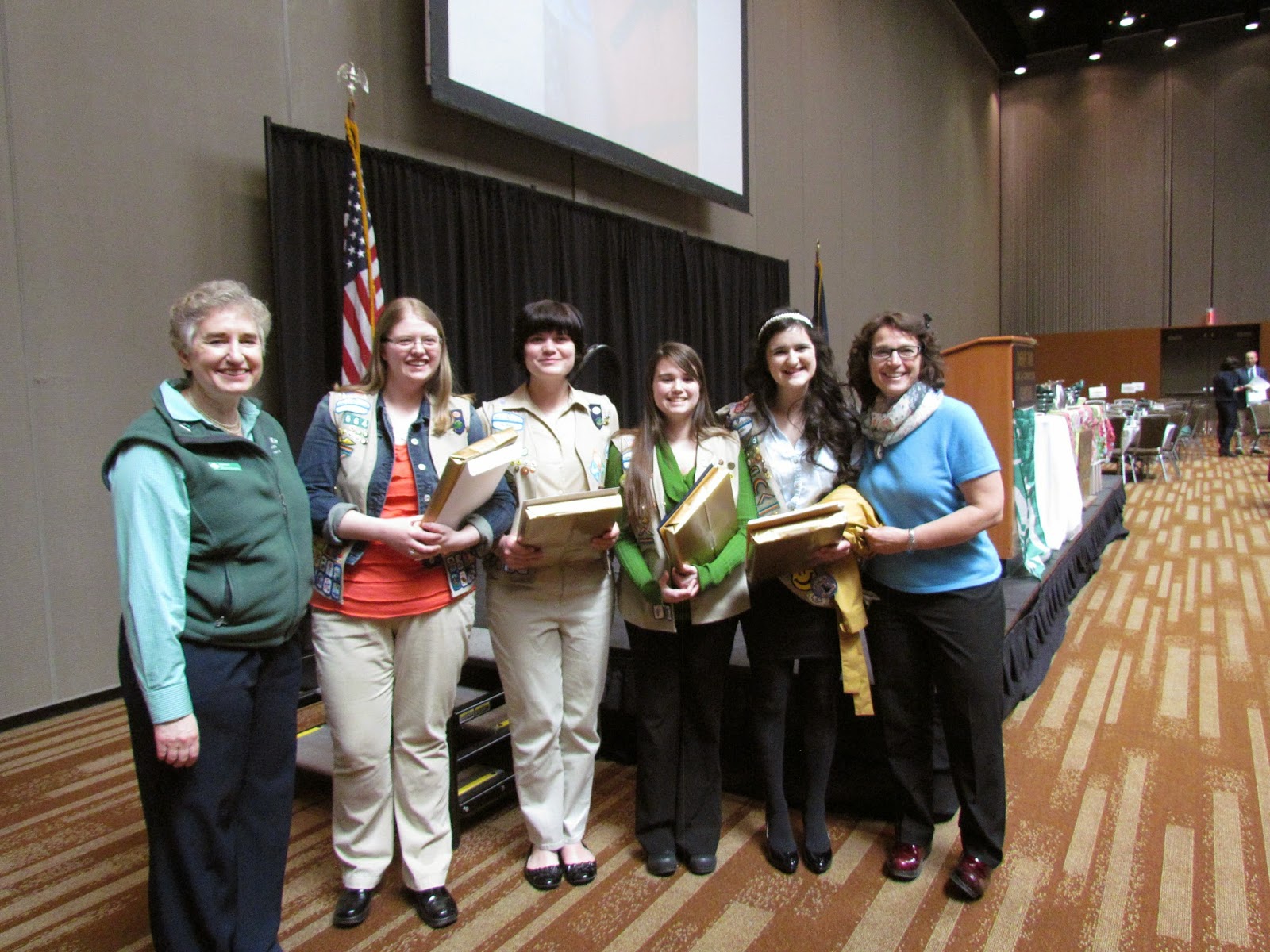 More than 300 attendees turned out for the event, which featured speeches from four of the Gold Award earners. U.S. Sen. Lisa Murkowski, a Girl Scout alumna and member of honorary Congressional Girl Scout troop Troop Capitol Hill, addressed the girls via video. “I wanted to say thank you for all that you have done in your communities around Alaska,” Murkowski said. “The [Gold Award] is an excellent opportunity to highlight the dedicated young women who are influencing their towns and neighborhoods in positive ways.” 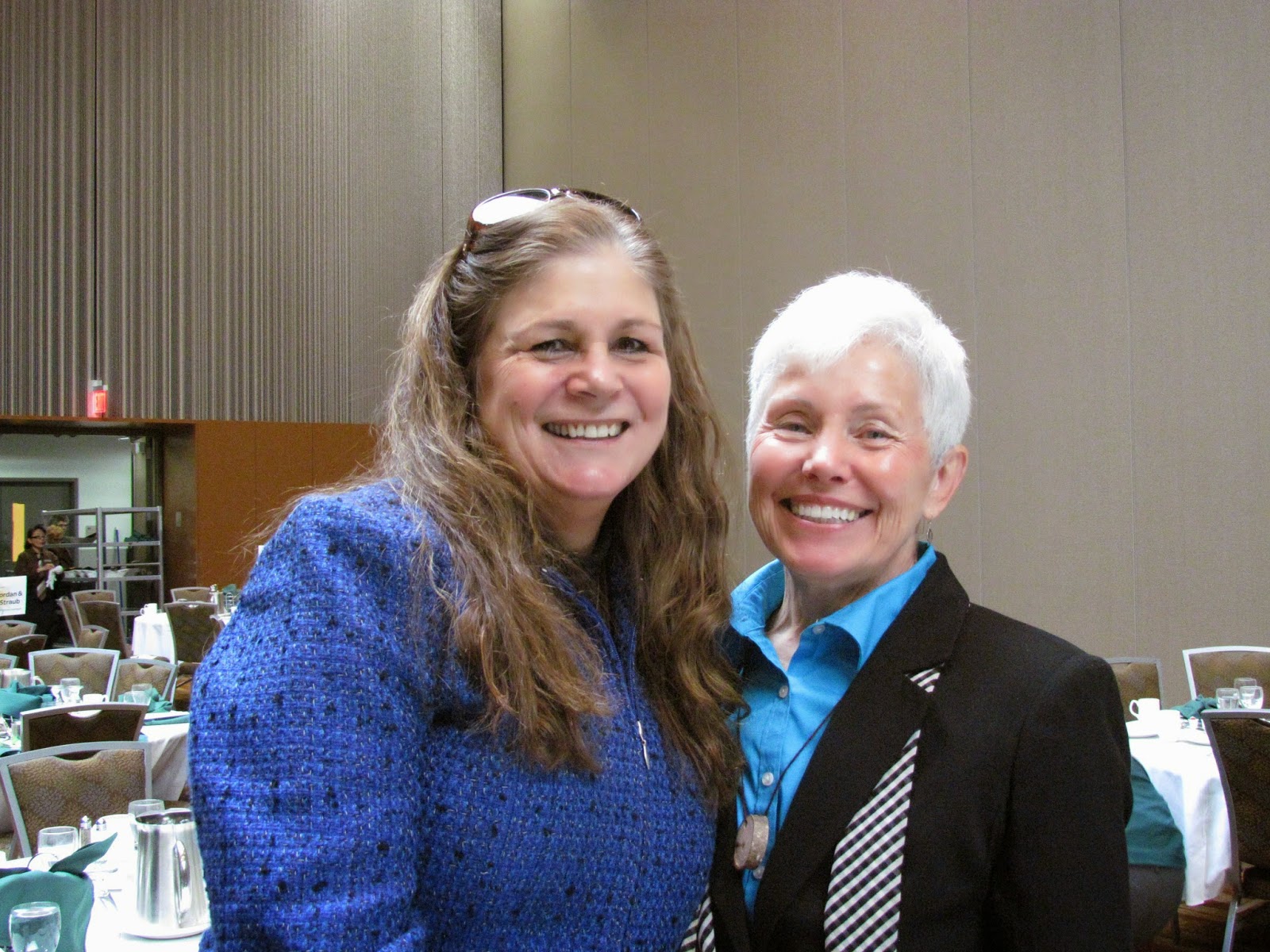 “We had an impressive group of Gold Award earners this year,” GSAK CEO Sue Perles said. “Their projects required them to think deeply, explore opportunities, and challenge themselves. The Gold Award shapes leaders for today and the future. The work these girls will do – be it in public service, business, science, education, or the arts – will make a positive mark on their communities that create a lasting impact on the lives of others.” 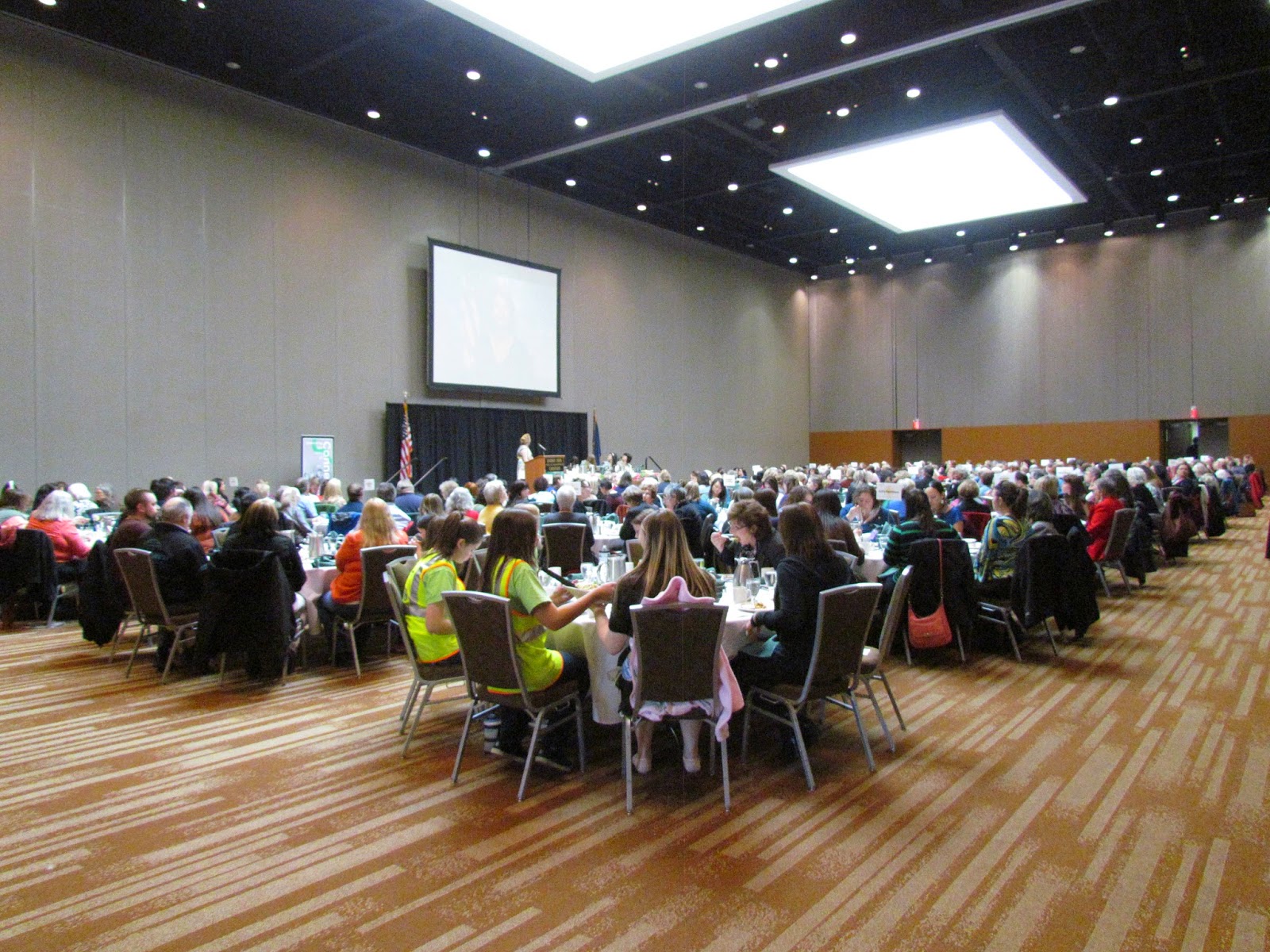 Though there was no charge for the luncheon there was a suggested minimum donation of $100, and many donated more. Corporate donors included Alaska Commercial Company, ConocoPhillips, Donlin Gold, and Wells Fargo.

GSAK's Annual Southeast Auction is a can’t-miss event that supports Girl Scouting in Southeast Alaska. This year's auction featured a silent and outcry auction and, as always, delicious hors d’oeuvres and libations. It was held Feb. 15 at the Juneau Arts and Humanities Council.

Volunteers in Juneau worked to gather a variety of desirable auction items. Silent auction items included furs, purses and jewelry; a vacuum cleaner and chainsaw donated by The Home Depot; a flight to and hotel stay in Gustavus; a day of sailing; and a geoduck dinner for eight. Outcry auction items included round-trip Alaska Airlines tickets and an ocean voyage to Seattle aboard a TOTE ocean freighter. 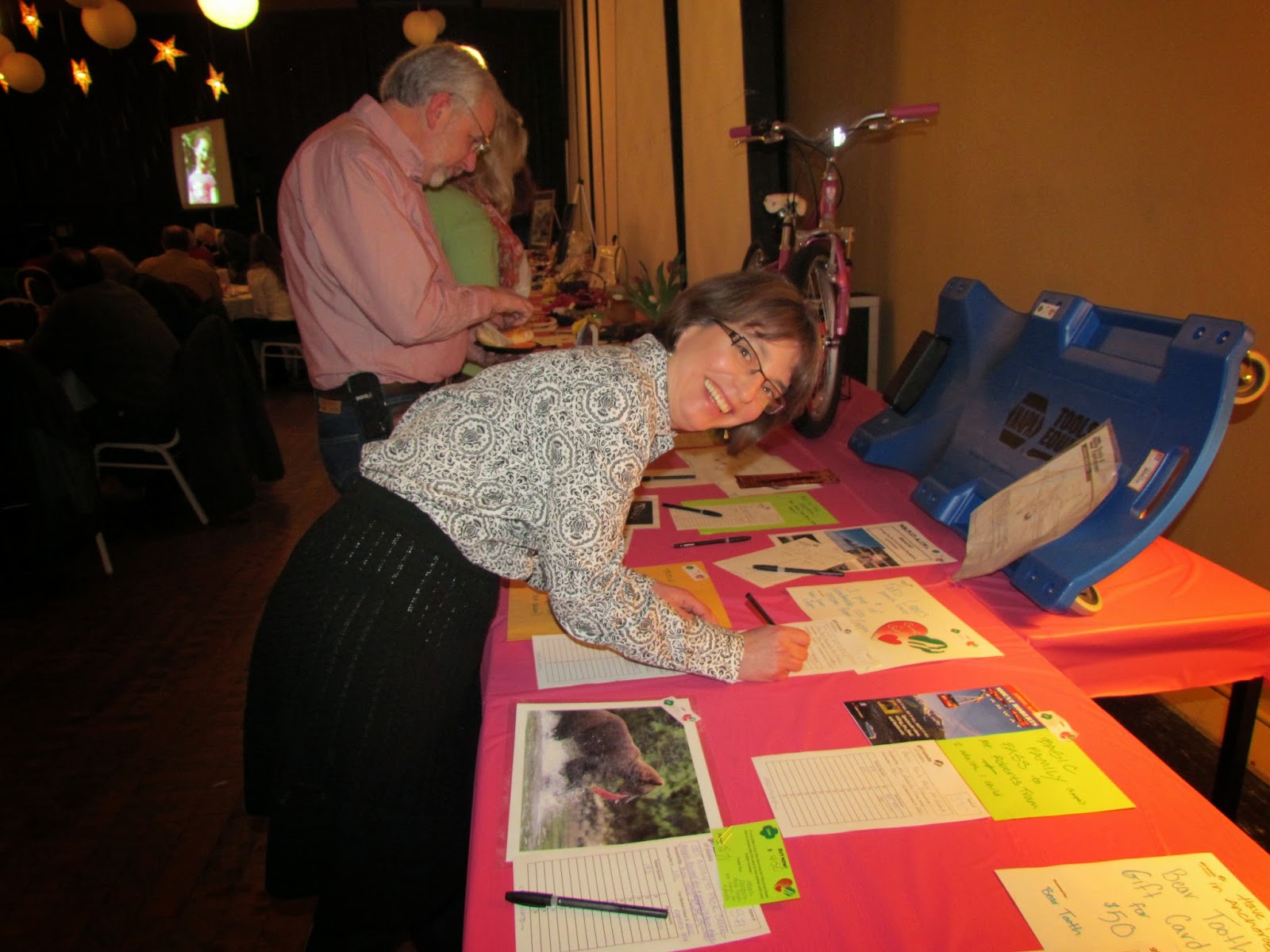 “The Southeast Auction is one of Juneau’s premier annual events,” said Mary Siroky, GSAK board president and Southeast Auction committee member. “This fun and exciting event draws community members and Girl Scout supporters from across the state. Our supporters help make the Girl Scout Leadership Experience – which helps girls to discover themselves, connect with others and take action to create positive change in their communities – available to all girls in Southeast Alaska, regardless of socioeconomic status or ability to pay.” 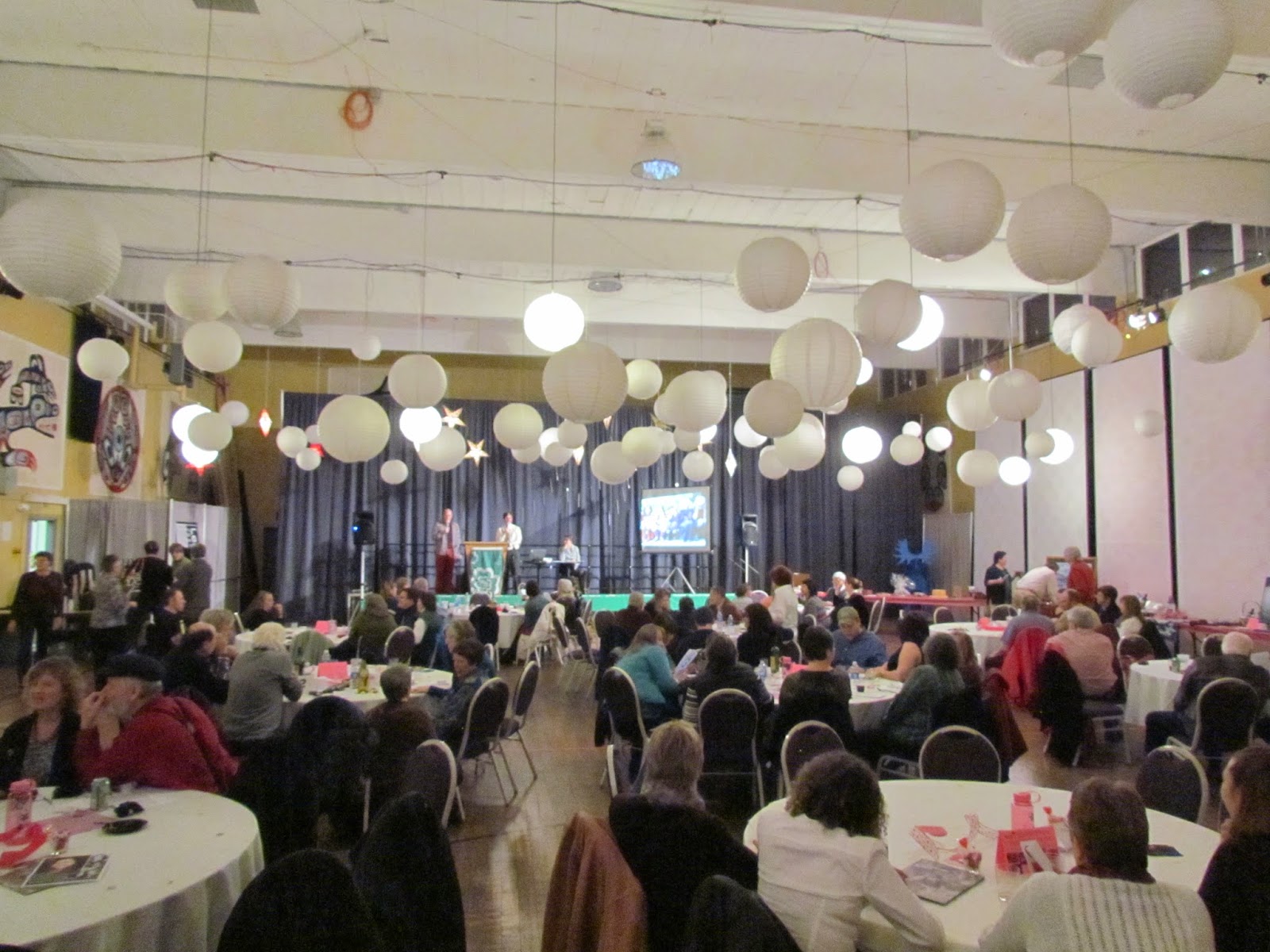 The Juneau Arts and Humanities Council, all decked out for the 22nd Annual Southeast Auction

We thank our board members, volunteers, and community members for their support at both the 2014 Young Women of Distinction luncheon and the 22nd Annual Southeast Auction! If you would like to give to GSAK directly, please visit the donor page on our website.
Email Post